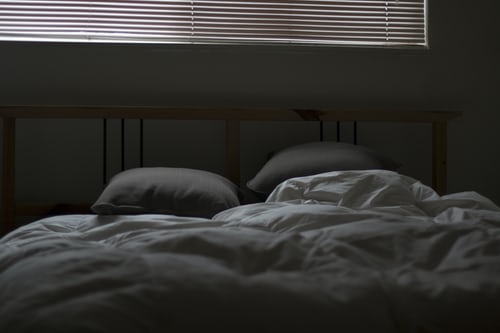 Sleep is one of the important aspects of life that restores, rejuvenates, and energizes the body as well as the brain. It also boosts immunity and improves overall health and quality of life. If you are having trouble falling asleep lately, perhaps you should check for the symptoms and visit a sleep disorders doctor in Fort Lauderdale.

The sleep disorders treatment in Fort Lauderdale accounts for varied symptoms in different people. Around 75 percent of Americans report having at least one symptom of sleep problems, according to research conducted by the National Sleep Foundation in the year 2005.

Sleep Apnea is one of the most common sleep disorders that is also linked to developing cardiovascular disease including heart attack and stroke. The worst part is that the people suffering from sleep apnea do not even know it. The sleep disorders expert Fort Lauderdale accounts for patients who have been suffering from the symptoms without knowing about them for years.

Sleep apnea collapses your upper airway path causing muscles in the soft palate to shrink while the tongue is relaxed making it difficult to breathe. The common symptoms include:

Insomnia or sleeplessness is a sleep disorder where people have difficulty falling asleep or staying asleep. The most common symptoms reported by sleep disorders doctor Plantation include

Insomnia varies in how long it lasts and how often it occurs. Most people experience occasional bouts of insomnia and rarely suffer from chronic insomnia.

Restless Leg Syndrome or RLS is a sleep disorder that causes an intense or irresistible urge to move the legs. This sensation is caused by resting such as lying down in bed or sitting for prolonged periods. It usually occurs in the evening making it difficult to fall asleep or stay asleep. Furthermore, it can be linked with daytime sleepiness, irritability, and concentration.

There are different ways to treat sleep disorders. The first and foremost step is to pay heed to your lifestyle. Are you using mobile phones while falling asleep? Are you taking a sufficient diet? Are you putting your body in stressful situations?

Often, sleep disorders are caused by prolonged negligence to your body. Hence, making small changes can help in making your sleep better. If you still find trouble sleeping, perhaps you should visit a sleep disorders doctor. They can assess your condition and suggest the best possible solutions for your problem.

The studies are carried out extensively by our experts or sleep technologists. Today, intense research on sleep has shown that lack of sleep can lead to several medical conditions including increased risk of heart attack, heart failure, stroke, obesity and so much more. As a sleep disorder clinic, we aim to provide the best services and help people to sleep.

We provide comfortable private sleeping quarters as well as a technical workstation for the Polysomnographic technologist. Our facilities including our staff help patients at ease and comfortable.

Need Help in Treating Your Sleep Disorders in Fort Lauderdale or Plantation FL?

Are you having trouble falling asleep? Contact Neurologist Fort Lauderdale today and get your sleep pattern in order.

How much does sleep therapy cost?

What do you call a doctor who specializes in sleep disorders?

The asleep doctor is called a Somnologist

How do you treat a deep sleep disorder?

Deep sleep disorders are treated by diagnosing the sleep pattern of patients by running tests. Furthermore, the treatment options include medications.

Can sleep disorders be cured?

Of course, similar to any other medical condition, sleep disorders can be cured easily.